Victorian food and what was eaten varied hugely at the time between the rich and the poor and this was the same for children too. Rich children ate extremely well whereas as a generalisation the poor had limited choices and availability.

At the beginning of the Victorian Period the food of choice was that which was in season, available locally or had been pickled or preserved. With the advancements of the industrial revolution however and the invention of the railways and steam ships food began to be sent across the country and imported from overseas. The choices then began to increase.

Refrigeration and the lack of it was still a problem which everyone in the Victorian era had to endure. Food was therefore bought locally and consumed within a small time frame. Things couldn’t be bought in bulk like they are today.

The Victorian era consisted of local producers. Similar in the way we are urged to ‘shop local’ now. This was the only option within the Victorian era and families would go to the local butcher for meat and Grocers’ for tea and coffee. Shopping at a number of small shops was common.

1: Rich and Poor Children had vastly different lifestyles when it came to food. The rich children would dine on significant amounts of food and waste food too whereas the poor would have limited meals of low quality. A large quantity of the population were living on dripping, bread, tea and vegetables. Certainly not the greatest diet!

3: The diet for those Victorians who were very poor was terrible. Potato pairings & rotten vegetables were sometimes the dish of the day and for children born into this background this was exceptionally difficult for growth. 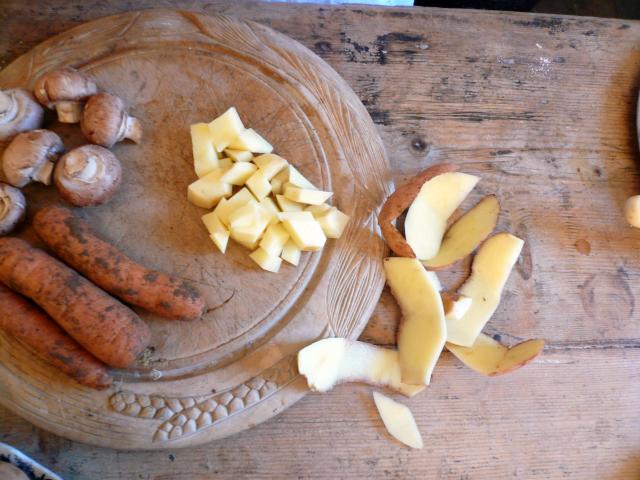 4: Those from the farming industry tended to eat much better. A diet of meat, vegetables, fresh milk was commonly available and they were available to feed their children the nutrients they needed for growth and development.

5: The level of meat ratio at meal times decreases through the classes. The wealthy Victorian family would have meat daily and cheese and bacon for supper. Where wages begin to decrease meat would only be on the menu 2-3 times a week with a now increased volume of potatoes/vegetables. This would continue to decrease until the lowest rung of the ladder where the poorest would have potatoes as the sole food. The difference in eating habits was substantial.

6: With the start of school for children and industrialisation breakfast was seen as the most important meal of the day. Middle class breakfast was substantial with everyday consisting of bacon, eggs, ham, haddock, coffee, fruits and bread. Think of a modern day hotel breakfast.

7: Poor children had few food luxuries and ate poor food (see above). The rich however would be well fed every morning and would have extra luxuries accessible.

8: The diet within the Victorian era changed dramatically. Children typically ate what they were given by their parents so whatever was on the menu for the adults was available for the children.

9: Children living on farms would have a far better diet than those within the city. Vegetables could be stored all year round in a root cellar whereas in the city you had to consume what was in season.

Certain foods were incredibly popular which was partly down to how readily available they were. These were:

These foods would form a stable of most diets and would be a basis for most meals.